SOUND DESIGN FOR FILM AND TELEVISION

In a first for me; this month I had the distinct pleasure of cutting dialogue and effects for Michelle Muldoon’s Last Stand To Nowhere , an all female re telling of one of the most notorious gun fights in history. My first time cutting effects for a western, this was a crash introduction in the challenges associated with building period appropriate backgrounds,  building gun effects that fit, and more foley than i’ve ever personally recorded before. As of today it is all pack

Reunited with team Luchagore  this month to take part in Vancouver’s Blood n GUTS 48hr horror competition, hosted by This Is A Spoon and Gearbase. Dozens of teams compete to write, film, edit, and sound design a short horror based on a theme and 3 elements provided to the teams at the start of the 2 day event. The event was a hit, selling out The Rio and filling up a 2nd overdlow screening. Team Luchagore’s film “Cull” was nominated in every catagory, and walked away with Bes

I Love You So Much It's Killing Them 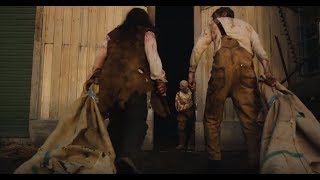